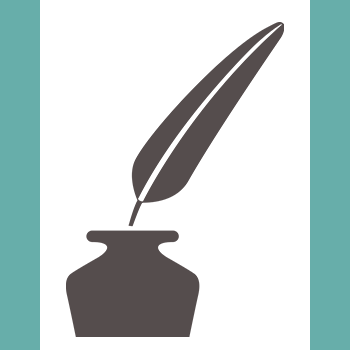 We hosted a Local Authors Showcase on July 27 to help close out the end of the 2019 Summer Reading Program. There were 11 authors in attendance, sharing their experiences about being authors and showcasing their books.

It was a great day, and you can view some photos here.

Interested in learning more about these authors? We've shared a short biography for each author below. Support local authors!

Lisa Poché Calhoun is the author of the exciting survival fiction novel, Superflare: The Fortunate Ones. Prior to writing the book, Lisa worked in the film industry. Between movies she had intermittently written for newspapers and magazines and realized she had the spare time a novel demanded. Thanks to the success of her novel and requests from her readers, she plans to write a sequel in the near future. Lisa and her husband John make their home in Baton Rouge and enjoy time spent with their family, their cat, and dog. They have two retired show horses she calls her “pasture ornaments.” They live in the city, but she grew up on a sugarcane farm and often points out that she’s a country girl at heart.

Bryan Camp is a graduate of the Clarion West Writer’s Workshop and the University of New Orleans’ Low-Residency MFA program. While evacuating for Hurricane Katrina, he began his first novel, The City of Lost Fortunes, in the backseat of his parents’ car. At various points in his life, Camp has been a security guard at a stock car race track, a printer in a flag factory, an office employee in an oil refinery, and a high school English teacher. Camp resides in New Orleans with his wife and three cats.

A native of St. Charles Parish, Sarah Eads grew up in an environment where her puckish sense of humor drew her neatly into creative writing. Her earliest nods came from the Young Authors Competition where her work garnered the attention of her teachers and others. Eads studied in Italy while in college and it was here that she found her long suit and followed her heart. Drawing inspiration from her professors, Sarah incorporated her admiration for the Neapolitan lifestyle into a series of writings ultimately leading to her first novel, Reviving Sunshine.

Jodie Harris is a retired accountant whose love of mysteries led her to write Body at the Bonfire. She lives with her husband and cat in Hahnville.

Kay Jacobs is a public school teacher in St. Charles Parish and a student at Xavier University. She began writing in middle school and continued throughout high school as the school newspaper assistant. Jacobs scripted her dysfunctional love stories and hard life lessons in multiple journals while studying English at the University of New Orleans. Kay Jacobs resides with her husband and two sons.

Jerry LePre is an award winning journalist, speaker, trainer, V.A.L.U.E. Coach, and author (seven result-oriented books) who engages and energizes individuals and organizations to EMPOWER THE CHAMPION WITHIN. The inspirational messages created by this entertaining New Orleans native (Jesuit and Loyola) blend uplifting stories, local culture, and humor with easy-to-implement solutions. His resources are not just about motivation; they are focused on transformation. His books and presentations have been used by Fortune 100 companies.

Duncan Martin is a 24 year author from Thibodaux. He enjoys studying warrior civilizations like Ancient Rome and the Vikings, where he draws much inspiration for his writing. Martin also enjoys practicing mixed martial arts, reading, weight lifting, and traveling to Europe, Japan, and China. Discovering his passion for storytelling in his late college years, Martin decided to dedicate a year to focusing on his first full-length fantasy epic: Clary and the Chained King.

Victoria Marie Rouillier was seven years old when she came up with the story for her children's book, THE LOST LUCKY HORSESHOE ...but they find it. The soon-to-be fourth grader, now nine years old, is the granddaughter of novelist Lisa Poché Calhoun. Victoria enjoys reading, school, swimming, playing with her friends, and mountain biking with her father.

Tronell Thomas has been a resident of Destrehan since early childhood. Attending local schools, Thomas began her education in St. Charles Parish at New Sarpy Elementary and continued until graduating from Destrehan High School. As a single mother of two, she decided to follow her dream of becoming an author. Thomas published her first book this year, Words Unspoken Every Path Has A Purpose, a story about overcoming the trials we face, turning pain into power, and the importance of following your dreams.

Michelle Touro, a native New Orleanian, spent many hours of her childhood years combing the shelves of local bookstores with her mother. Her love and fascination with the written word have continuously fed her dreams and encouraged her to share her gift of writing with others. Currently a resident of Houston, Touro notes that New Orleans will always have her heart. Because of this, Touro says, most of her stories are set in “her sweet Nola.”

Born and raised in Houma, Mandy L. Woodall is an oilfield wife and mother of three. While there is never a dull moment for Woodall, her mind manages to create another world while sitting in her cubicle during the day. Woodall instills in her children that they  can be anything they want to be if they are willing to work for it and decided it was time to take her own advice. In turn, Woodall has transformed her hobby of writing into a book. Seeking to share the words in her mind with the rest of the world, Woodall says, “I love adventures and this adventure is one of the best ones yet.”